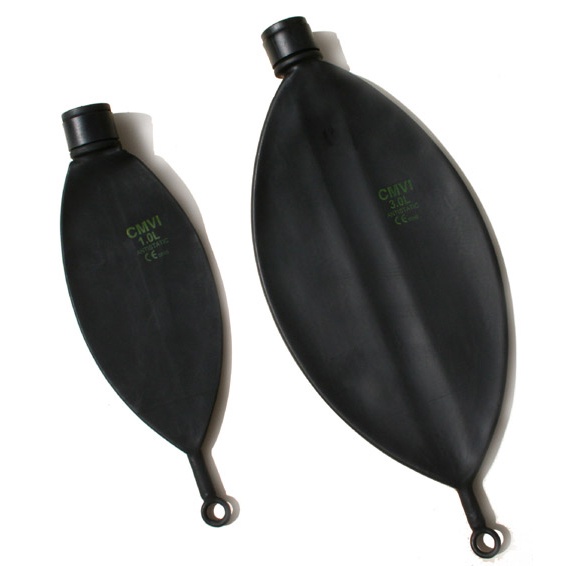 Using a five or six litre rubber bag, inhalation and exhalation can be practiced. Since the same air is breathed, carbon dioxide, rather than oxygen, is transferred avoiding hyperventilation.

Practice emptying and filling the lungs by slowly rebreathing air several times in a row. In this exercise the muscles of enlargement will learn to work apart from the muscles of reduction. It is important that the lungs go from extremes, empty to full. Rebreathing air from a breathing bag can be done repeatedly for about twenty seconds without discomfort.

An air bag can also be used as a rough gauge of a person’s vital capacity. Another use is with an instrument. After a full inhalation, exhale into the bag filling it as much as possible. Hold the air in the bag with a finger over the tube. After positioning the instrument for playing inhale from the bag and start playing the instrument. The bag gives a visually known quantity of air.