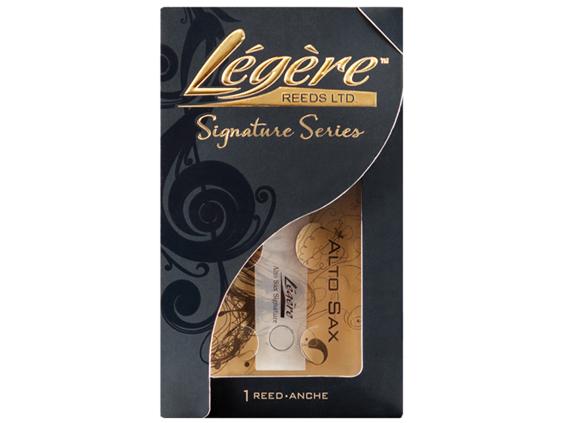 Legere Reeds Ltd. was founded by Dr. Guy Legere and Dr. Mark Kortschot in 1998. Guy, a scientist and amateur clarinetist, thought that there had to be a product that played as well as moist cane without any of the inevitable issues that resulted from using traditional reeds. It was his drive and passion to change these issues that lead to the creation of the first Legere Reed prototype.

After many trials, failed attempts and re-engineering, the first sixty prototypes were made on a home-built CNC machine. They were taken to ClarinetFest in 1998 to test with experienced players. To Mark and Guy’s amazement, all the reeds sold out in half a day, and the rest… is history!

Today, Legere Reeds produces state of the art synthetic reeds for many single and double reed instruments. Distributed worldwide, the reeds are produced in an ultra-modern manufacturing and distribution facility in Barrie, Ontario, Canada.

Cane is a unique material. It is has a low density yet is longitudinally very stiff. Matching these properties in a synthetic material is difficult but is essential in creating a good reed.

Legere uses polypropylene to make both single and double reeds. Polypropylene is a common, non-toxic polymer with applications in food containers, packaging, rugs, and many other products. Unfortunately, ordinary polypropylene is not nearly stiff enough to make saxophone and clarinet reeds. They just wouldn’t vibrate. To make the plastic much stiffer Legere puts it through a process called orientation. This is the secret to creating Legere reeds.

Polypropylene does not have to be preconditioned before playing nor does it absorb any water. It is completely non-toxic, highly durable and can be easily sanitized with warm water and a mild detergent.

While early Legere reeds were very good synthetic reeds, they were not perfect. The next major step in synthetic-reed technology came with the advent of the Signature Series. The difference between the Signature Series and the first prototypes is in stiffness and reed size. The Signature Series is roughly 80% the thickness of a good cane reed, but is made from a much stiffer material. This allows for a freer vibration which results in wonderful overtones.

All Legere reeds are cut from our own unique polymer on a 3-axis, computer numerically controlled (CNC) cutting machine. Each reed is individually strength tested, delicately sanded and packaged by hand.