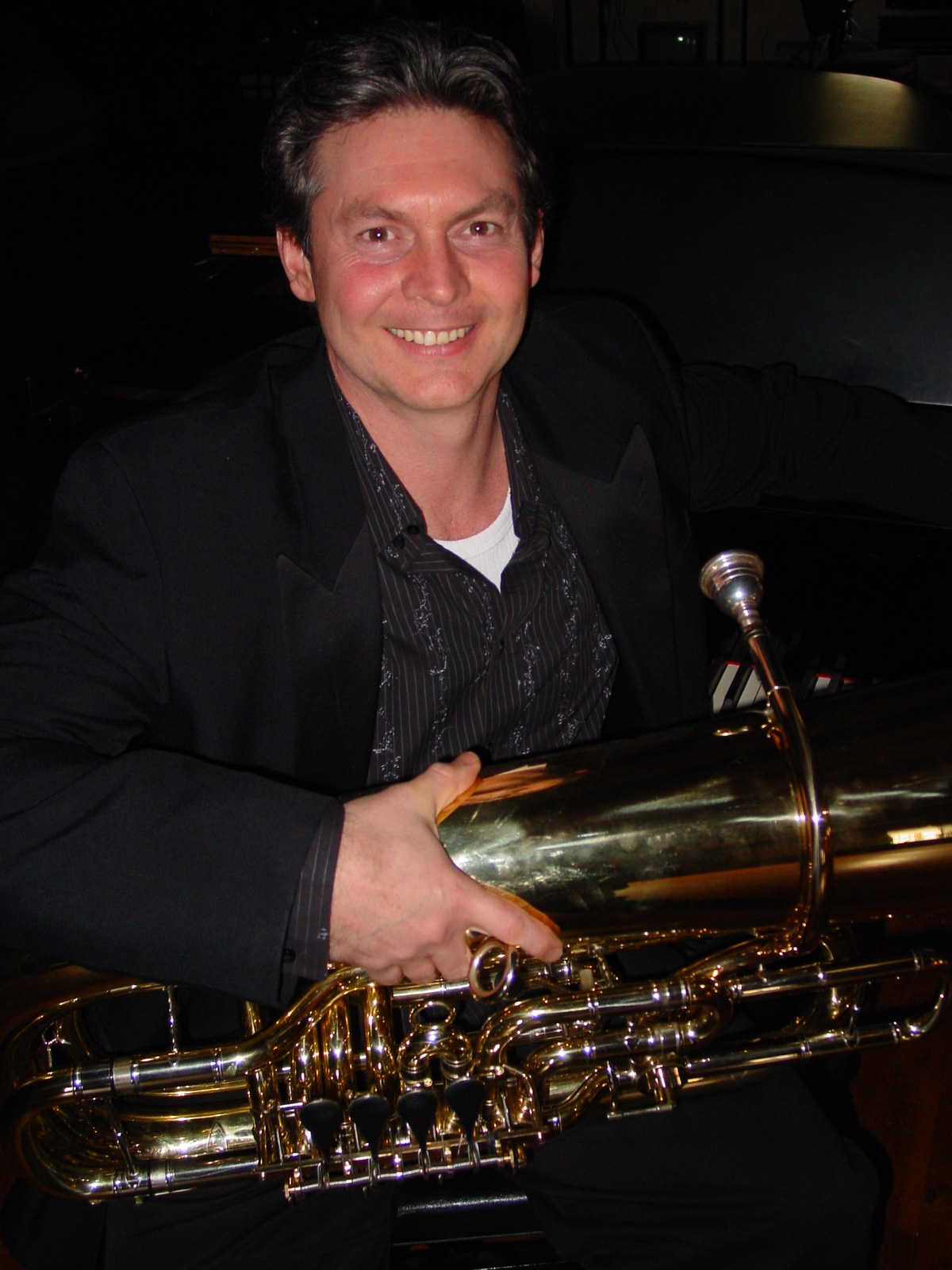 Andrew Jarvis (B.Mus, L.R.S.M) coordinates the classical brass programme, coaches chamber music groups and takes brass pedagogy class, conducts the NZSM Brass Ensemble and teaches the tuba.
In 1987, during his third year of studies at the University of Natal, Durban, Andrew won the position of Principal Tuba of the National Orchestra of South Africa which he held until 1993. After immigrating to Australia, he freelanced with the Queensland Symphony Orchestra, Queensland Philharmonic and Sydney Symphony Orchestra. While in Queensland he was appointed Lecturer in Tuba at the Queensland Conservatorium, Griffith University, becoming involved in the Young Conservatorium programme and started the Junior Wind Ensemble and Young Conservatorium Brass Ensemble. He also taught tuba at the University of Queensland, University of Southern Queensland (1995) and Queensland University of Technology. In 1995, he was appointed Head of Brass and Director of Bands at Brisbane Girls’ Grammar School.

In 1997 he was a guest soloist at the Brisbane International Brass Festival and was invited to be guest soloist at both the 1997 and 1999 Tubamania International Tuba Conferences. Between 1998 and 2000, Andrew Jarvis played tuba in the ‘Lost World’ recording orchestra and in 1999 and 2000 played with the English National Ballet’s tour of Swan Lake and Romeo and Juliet. In 2000 he was soloist with the Queensland Symphonic Winds tour of China, performing in Shinzhen and Ghuanzhou and giving masterclasses in Hong Kong. During his time in Australia, Andrew became well known, not only as performer but as brass pedagogue and was frequently invited to adjudicate at competitions and festivals including Sunshine Coast Eisteddfod, Brisbane Bands Festival, Gold Coast Tropicarnival Eisteddfod and Brisbane International Brass Festival.

In 2008 Andrew Jarvis was appointed as Head of Brass at the New Zealand School of Music where he has established the classical brass programme. In the same year, he was also invited to be guest artist at the Bonyi music festival in Brisbane.

During his thirty years of playing tuba and involvement in education, Andrew Jarvis has received numerous awards including the Rotary Club award for outstanding community service and while in the USA received the Citation of Excellence from the National Honorary Band Fraternity – Kappa Kappa Psi, and in the same year received the National Band Association Award for excellence.

During 2010, Andrew Jarvis will attend the 2010 Melbourne International Brass Festival as guest artist and to direct the New Zealand School of Music Brass Ensemble. Andrew Jarvis has been invited to Beijing as guest artist for the 2011 Tutti Festival. His ongoing projects include developing the brass programme with the inclusion of a brass band area of study at the New Zealand School of Music, the development of international relationships with other world class brass programmes and the development of a complete brass syllabi for tertiary study. – Andrew Jarvis