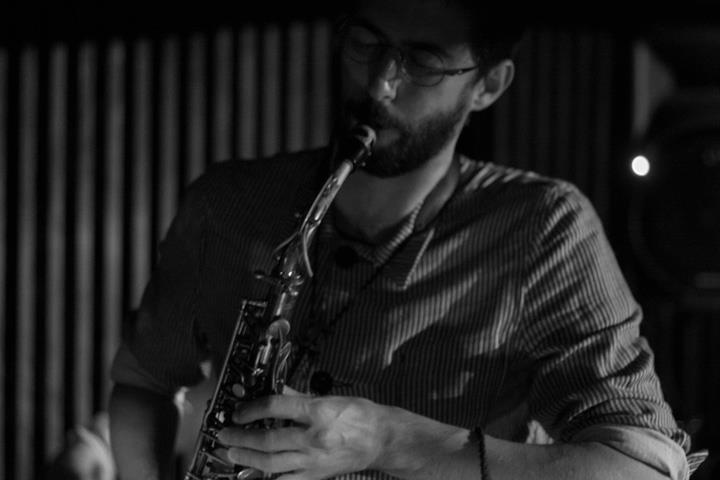 Saxophonist, clarinetist and composer James Wylie (b.1986), currently based in Boston, MA, grew up in Wellington, New Zealand and was introduced to music through classical repertoire at a young age. After experience with piano and violin he settled on the saxophone in his teens serving as his introduction to jazz and improvised music.

After the completion of high school, James studied at the New Zealand School of Music in Wellington where he received his Bachelor of Music (Honours). During this time he was active both locally and internationally, performing in Australia, Greece, Italy, Germany, Canada and the US. and was the recipient of prestigious awards such as grants from both the Aotea Performing Arts Trust and the Woolf Fisher Trust. The latter of these two awards allowed him to continue formal study at the New England Conservatory of Music in Boston, MA. He graduated in 2010 with a Masters of Music (Honours) in Jazz Performance. Whilst studying in Boston he undertook private tuition with many renowned musicians, both in Boston and abroad, such as Hayden Chisholm, Frank Gratkowski, Anthony Coleman, Jerry Bergonzi, Allan Chase, Dominique Eade, John McNeil, Cecil McBee, Bill McHenry, Tony Malaby and Chris Cheek. He has also performed with Jorrit Djikstra, Anthony Coleman, Jonathan Crayford, Sam Rivers, Wayne Shorter, Bob Moses, Cecil McBee, Matti Kovler, Frank Carlberg, Ken Schaphorst. James has also been involved in music for theatre, co-creating the music for Boston based Company[1] for their stage production of Haruki Murakami short stories.

His musical interests include the investigation of microtonality and its application to the saxophone. This involves developing new techniques for executing adjusted pitch material within the framework of the ‘normal’ 12 tones available through standard fingerings on the saxophone. James is also involved in the study of overtones and “just” intonation systems and developing an improvisational language for solo saxophone performance. He is active is the fields of jazz, improvisation, contemporary classical music and pursues an ongoing interest in the music of Greece, Armenia, Turkey, the vocal traditions of Corsica and Northern Greece.

“I had my vintage saxophone overhauled by Brad and Elaine more than four years ago and still haven’t had any major work done to it. It is played daily and I also travel with it a fair bit. It was unplayable when I first brought it in and when I picked it up it played perfectly. What’s more, since first bringing my saxophone to these guys, they have looked after me really well and never hesitated to do what they can and make time for me in an emergency. To anyone who is looking at getting a full overhaul done at Music Services, I’d say go for it.” – James Wylie