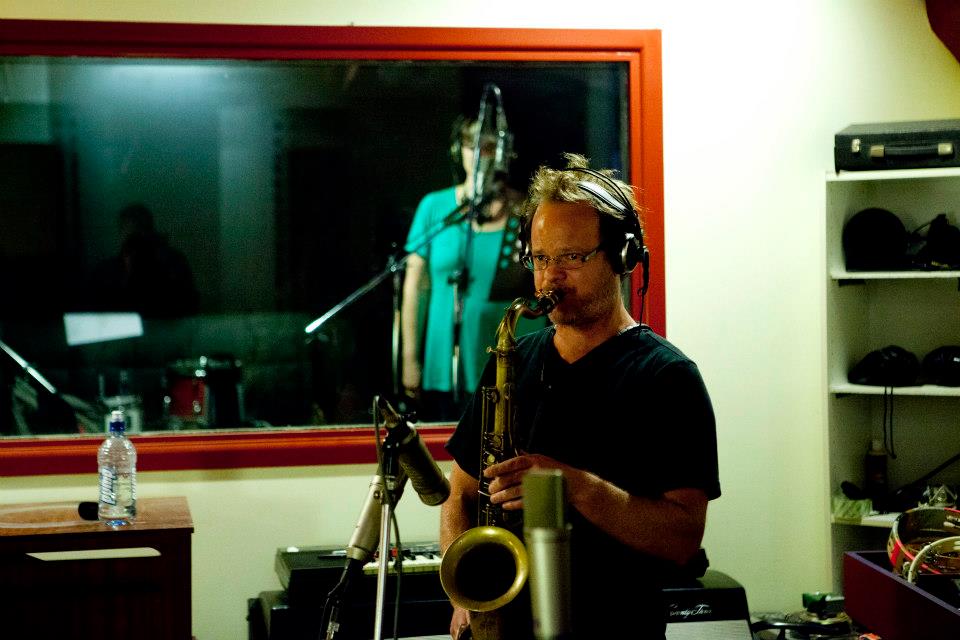 Saxophonist and New Zealander Roger Manins is a rarity, a true find in Australasian jazz. Regarded as “an outstandingly gifted musician, with a warmly passionate sound, remarkable instrumental ability and total musical integrity, Manins is a blistering force in a new generation of wildly talented jazz supremos.

From his unlikely roots in the Awhitu Peninsula, Manins moved to Sydney, where he based himself for most of his musical career. Here he thrived and came to prominence performing with the vanguard of Australian jazz. He left for New York in 1996, immersed himself in the creative hub of the New York scene for several years before returning to emerge as a powerhouse in the ebullient Australian scene, scooping the Award for saxophone at the Wangaratta International Festival of Jazz.

Manins comes with passionate New York inspired, consummate, virtuosic, humourous IDEAS that are forged from a depth of tradition and tempered by an openness to change. His voice and spirit speak with a tenderness and authority that unite the generations of jazz lovers – from listeners of Billie, Pres and Parker, to Ornette, Coltrane and Lovano.

Manins brings a unique Trans-Tasman perspective to New Zealand jazz and currently performs throughout Australasia and the Pacific regions. He is recorded on over 20 jazz albums with many of the leading lights of Australasian jazz.

“Brad, you have done a fantastic job setting up the horn. It plays way better than I ever expected. The last technician who I had faith in was Terry Dean in New York– He did my set ups and overhauls, and did Breckers– everybodys horns. I remember getting my mark 6 back from him and it felt so amazing and so different– so good. After Terry I gave up on repairers in the Southern Hemisphere, and just fixed them myself. Now however, after getting my 86UL back from you, I feel I now have a technician I can work with here in NZ who has a real understanding of the fine intricacies and balance of saxophone set up” – Roger Manins