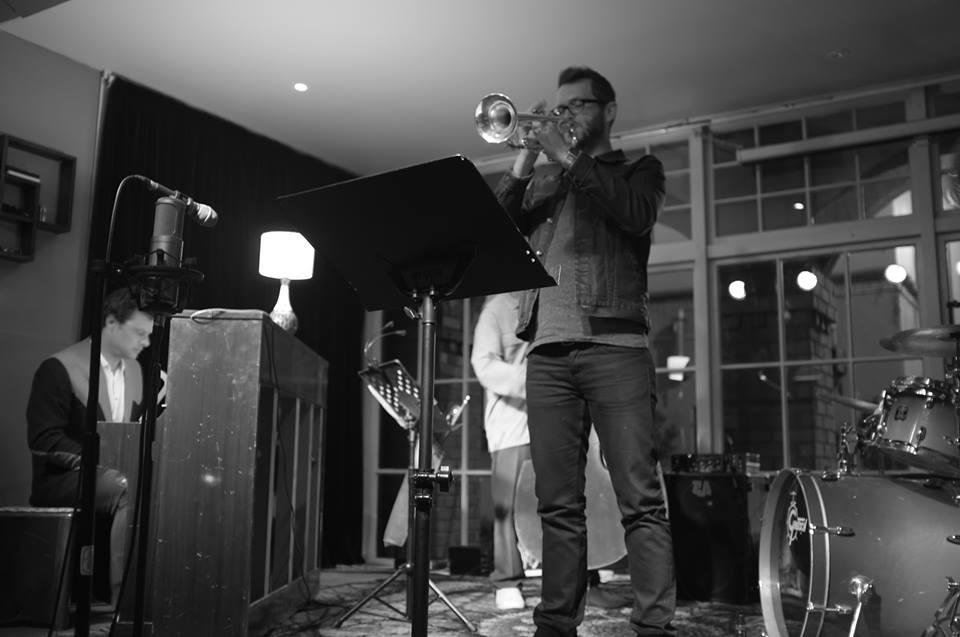 New Zealand born trumpet player Alexis French holds an Honours Degree from the NZ School of Music
Jazz programme. He has made his name as a trumpet player who can cross styles and specialities, and is
equally at home in the orchestra pit as he is on stage playing the blues.
Over his career so far, he has worked extensively throughout New Zealand, Australia, the
Caribbean, the Mediterranean and North and Central America. As a first-call recording musician, he has
many album credits with artists such as The Black Seeds, Darren Watson, Harbour City Electric, Bebe
Deluxe, Sheba, Norman Meehan, Bella Kalolo, Recloose , Tessa Quayle, Amy Grace and The Starblazers.
He recently won a Tui award for “Best Jazz Album” for his lead trumpet work on the NZSM Jazz
Orchestras album Run For Cover, featuring Jazz greats Bob Sheppard, Clay Jenkins and Bill Cunlife.
In the last year, Lex has been privileged to work with international Jazz Artists Clay Jenkins, Bob
Sheppard, Jim Pugh and Joe La Barbera. He has also worked extensively in the music theatre world, playing
with the Vector Wellington Orchestra for Annie, Grease, Fiddler on the Roof, Cats and The Sound of
Music, as well as with Stetsons Productions in critically acclaimed seasons of Evita and Starlight Express.
Alexis is currently dividing his time between Wellington, NZ, and Fort Lauderdale, USA, where he
plays lead trumpet on Chicago – The Musical. When in Wellington he performs with Harbour City Electric,
The Eggs, Bella Kalolo, Sheba Williams, Wellington Be-bop Underground , and The Happy
Obscurantists(with Scottish Jazz legend John Rae), as well as with his own quartet. – Lex French